AdvertiseSpace – Sell Spaces On Your Blog To Make Money With Blogging:

Blogging for cash has been around for years and the fact that most bloggers use contextual advertising like Google AdSense, Chitika Ads, ContextWeb etc. is due to its simple and easy implementation. Most bloggers have overlooked another source of income that they can create for their blog which is the empty spaces on their blogs which can be turned into another source of income which is as easy as implementing advertising contextual. 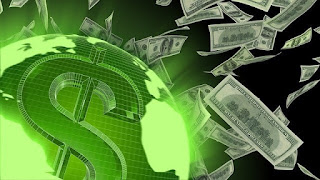 You can run competing ads through another ad network

You can choose the size of the ads you like and place the amount you want to charge.

Similar to all other ad networks, AdvertiseSpace.com is simple to set up and you can start making money in minutes as long as your ad spaces are sold.

Personally, I like AdvertiseSpace.com because of its simple interface and ease of installation. Since BuySellAds.com begins to tighten its rules by requiring minimum site traffic, AdvertiseSpace.com is becoming my new source of income to generate more income from my blog.

You can try using AdvertiseSpace.com, it might be your next blog income site.a